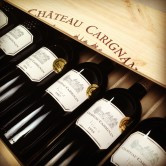 Both cuvees from this well-run estate merit attention. - Robert Parker

Prima can compete with wines four or five times the price. - James Suckling 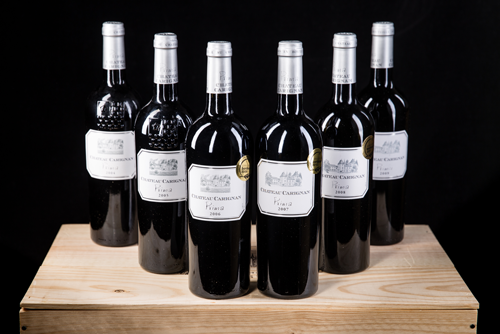 This large château is about half an hour’s drive from the center of Bordeaux in the appellation of Côtes de Bordeaux, and makes a wonderful pure merlot, Prima, from its oldest vines. I have tasted the wine blind against a number of top merlot-based wines from the legendary Pomerol region, and Prima shows incredibly well, often beating many of them. Carignan is the property of wine merchant Andy Lench, who owns the company Bordeaux Wine Locators. His goal is to show that Prima can compete with wines four or five times the price, and I think he has already proved his point. Having said all the above, the normal Carignan, which also incorporates cabernet, is superb and can even outstrip the Prima in some vintages. These are excellent value Bordeaux. - James Suckling, Bordeaux Confidential 2015

The perfect vertical collection for tasting and comparing the evolution of six Chateau Carignan Prima vintages side by side. The Carignan Prima is the estate's premier label and is crafted from 100% Merlot that is hand-harvested from 40 year-old vines.

Perched on the banks of the Garonne River, the Premieres Cotes de Bordeaux enjoy a temperate climate, which plays an essential role in the cultivation of the vines.

Although labor in the vineyards is considerably more difficult on sloping terrain, and although the yields are generally lower, the grapes benefit substantially from this increased exposure, resulting in greater concentration and complexity.

The result: wines which are pleasant and fresh; wines which can be enjoyed young, with aromas of ripe fruits and with lovely, velvety tannins.