Bright red with an amber rim. Captivating nose of dark plum, blackcurrant, oak, coffee, cocoa and flowers. Juicy, sweet and suave on entry, then brightly focused in its red fruit and black flavors complicated by cedar and citrus. Finishes with flinty, saline nuances and very suave tannins. This outstanding wine is perfectly balanced and light on its feet, still very young and capable of a very long life. It might disappoint those looking for a blockbuster, but I love its overall sense of refinement. An essence of claret. - Ian D'Agata, Vinous Media

I have had a remarkable number of opportunities to taste this wine. One of the most frustratingly irregular wines I have ever encountered, the 1970 Mouton can range from pure nectar, to a wine that is angular, austere, and frightfully hard and tannic. This bottle (one of the Reserve du Chateau bottlings that was mistakenly released by the estate and labeled with the letters R.C., rather than a number) was impossible to assess when decanted, given its hard, tough, impenetrable style. Nearly eight hours later, the wine had opened magnificently to reveal a classic bouquet of sweet cassis, tobacco, minerals, and exotic spice aromas. Opulent, full-bodied, thick, and juicy, the extraordinary evolution of this particular bottle would make a persuasive argument for long-term decanting. After being perplexed throughout much of this wine's evolution, I was reassured by this bottle. No doubt Mouton's high Cabernet Sauvignon content causes this wine to go through a tight, hard, ungenerous stage, and the 1970 requires 5-7 more years of cellaring. - Robert M. Parker, Jr.

From two bottles bought by David Hunter at swashbuckling retailer Augustus Barnett after the oil crash of the early 1970s for £3.99 a bottle. Of course Mouton was a mere second growth when this was made!  Perhaps this examples certain taste similarities with fellow second growth Léoville Barton 1976. The fruit is receding and there is not a great deal of charm left. A hint of meatiness but none of Mouton's appealing spiciness and concentration. Drink up. - Jancis Robinson 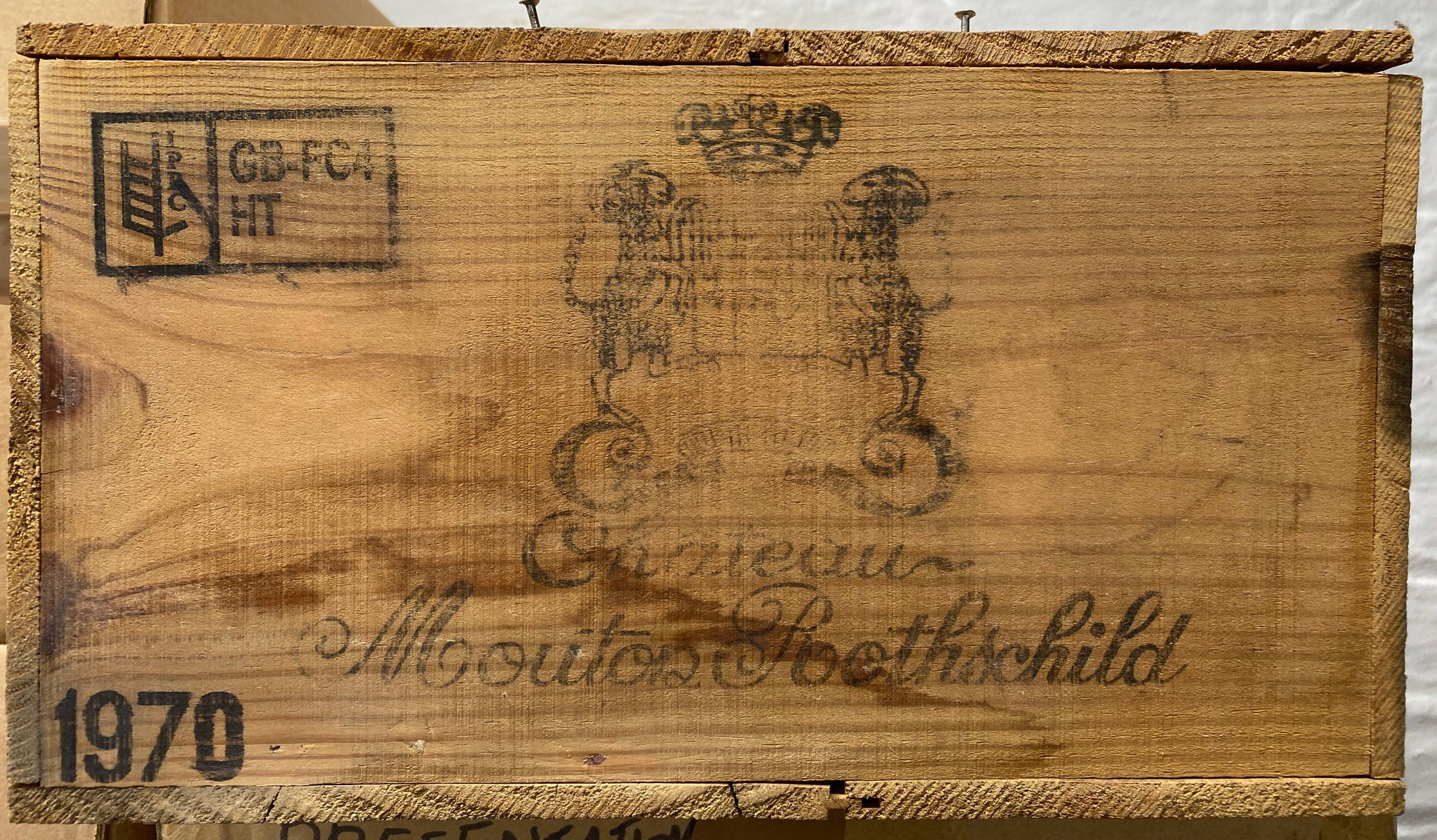 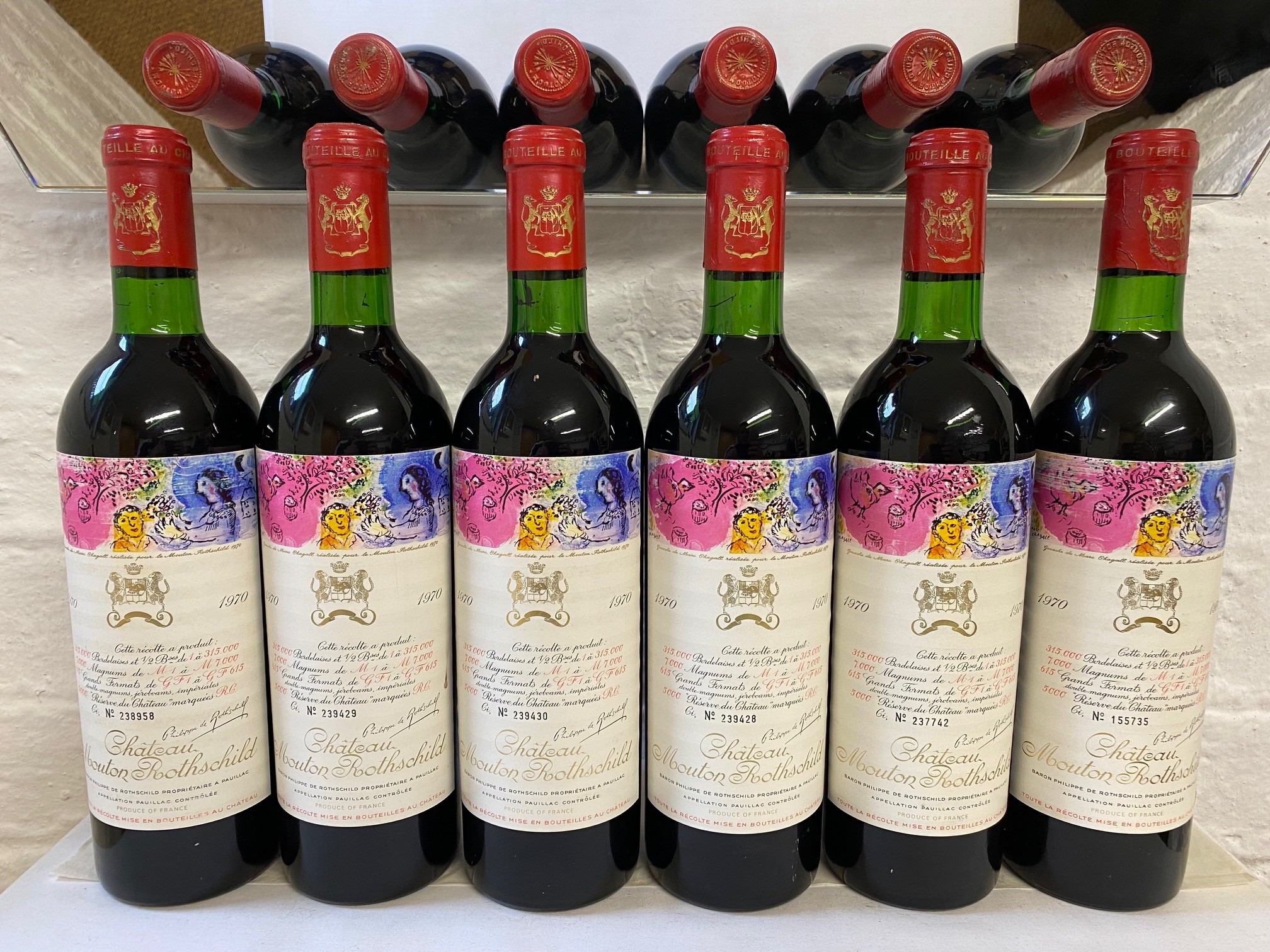 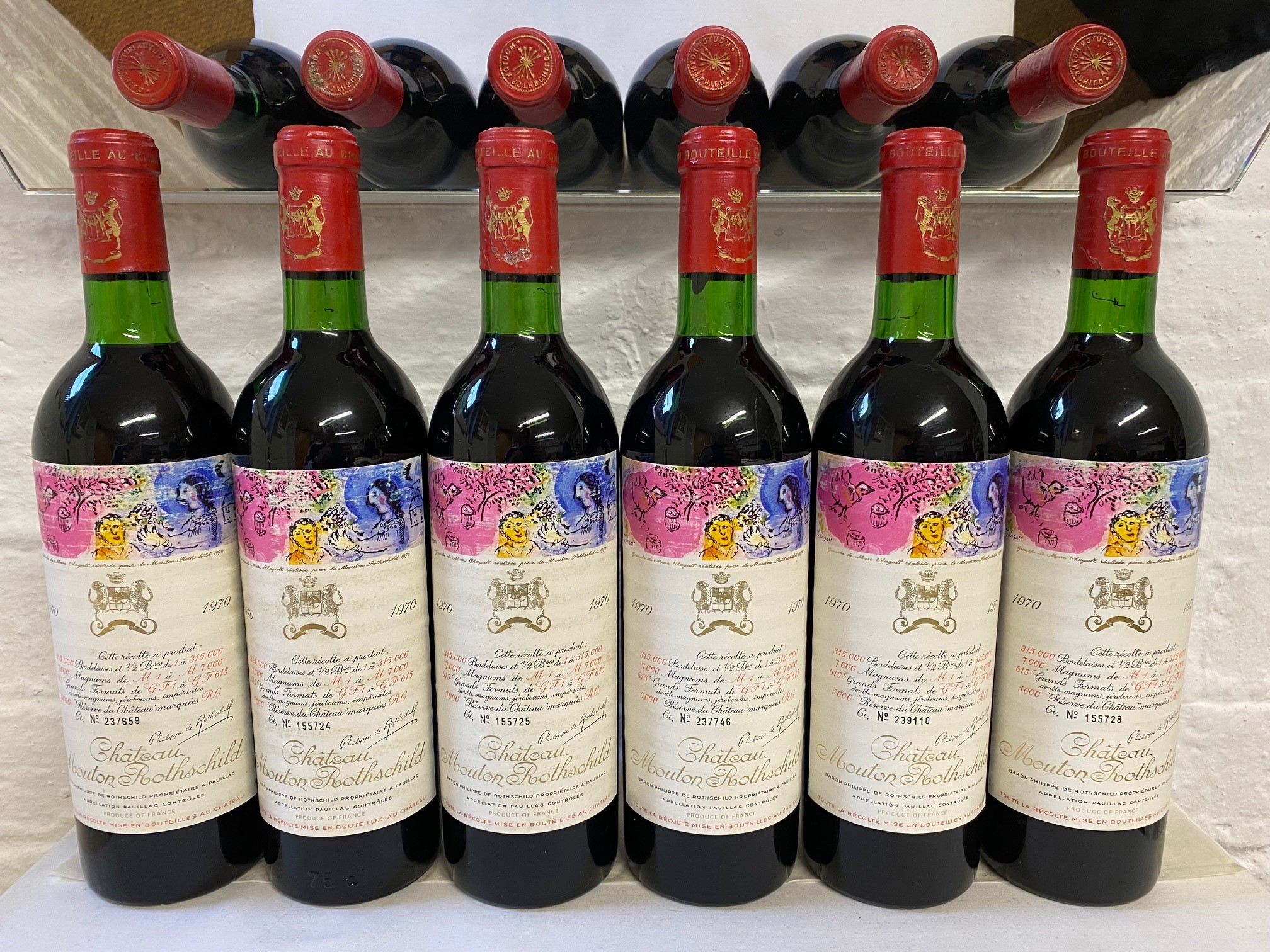