For the 12th edition of Ornellaia Vendemmia d’Artista Tomás Saraceno invites us to reflect on the impact of our actions on the planet as he interprets the character “Solare” (radiant) of Ornellaia 2017. The artist has created a site-specific masterpiece for the Estate, customized a limited series of 111 large format bottles, and designed a special label that, a single example of which, will be found in each Ornellaia case containing 6 bottles of 750 ml. - Winery

A stunning wine, the 2017 Ornellaia offers a captivating interplay of richness and energy. Picking early was the key. Young vine Cabernet Sauvignon and Franc were harvested in August for the first time ever. In the glass, the 2017 offers up an enticing mélange of mocha, cedar, tobacco and licorice, with soft curves that add to its sensuality and allure. The 2017 is sumptuous and racy, as Ornellaias from warmer years tend to be, but it is not at all heavy or overdone. In a word: superb! Antonio Galloni – Vinous Media

A big, rich wine for the vintage, yet poised and lively with firm, chewy tannins that give form and intensity to the wine. It shows loads of blackberry, blackcurrant and walnut flavors.Ripe yet polished tannins. Give this three or four years to come together. James Suckling

This vintage of Ornellaia is called Solare and represents the 12th edition in the estate's Vendemmia d'Artista series featuring artwork by Tomás Saraceno. His beautiful art depicts a radiant sun halo and is intended as a symbol of sustainability. That theme of sunshine and warmth is particularly well suited to a vintage such as this. The Ornellaia 2017 Bolgheri Superiore Ornellaia is generous and fruit-forward with dense richness and concentration all driven by the smaller and more compact berry size that characterizes this dry, hot growing season. Black and purple fruits segue to spice, tobacco, leather and some of those beautiful Mediterranean notes of black olive and wild sage. These various moving pieces work together in perfect harmony. The tannins are beautifully managed here. If you consider the more astringent and rougher approach of the mid-tier Le Serre Nuove dell'Ornellaia, this wine shows a whole other level of magnificent tannic management that could not have been easy given the diminutive berry size. This vintage sees a blend of 56% Cabernet Sauvignon, 25% M erlot, 10% Petit Verdot and 9% Cabernet Franc. The vineyard soils are characterized by reddish sand with calcareous rock. The wine is fermented in both stainless steel and cement and is transferred over to barrique to finish malolactic fermentation. It ages in barrique for 18 months followed by another 12 months in bottle. Some 150,000 bottles were released in April 2020. Monica Larner – The Wine Advocate

In 2017 the production of Ornellaia (a blend of 56% Cabernet Sauvignon, 25% Merlot, 10% Petit Verdot and 9% Cabernet Franc) was reduced by 15% due to the heat. Known as one of the most powerful and long-lived wines from Bolgheri, it doesn’t deceive its style. The estate was one of the few able to wait out the rain of mid-September to harvest the late-ripening varieties such as Cabernet Sauvignon. Vinous first due to an extremely youthful cassis fruit character, it's crunchy and extracted on the palate with a cedar wood flavour, crisp acidity and plenty of tannins. It flows to a ripe finish, warming yet balanced. It’s not properly ready to drink yet but it will develop complexity with ageing. From 1-9 September 2020, Sotheby’s will be hosting the online auction of the large formats of Ornellaia Vendemmia d’Artista 2017, whose proceeds will be donated to the 'Mind’s Eye' program created by the educational department of the Guggenheim Foundation. Drinking Window 2022 - 2040 AF -Decanter.com 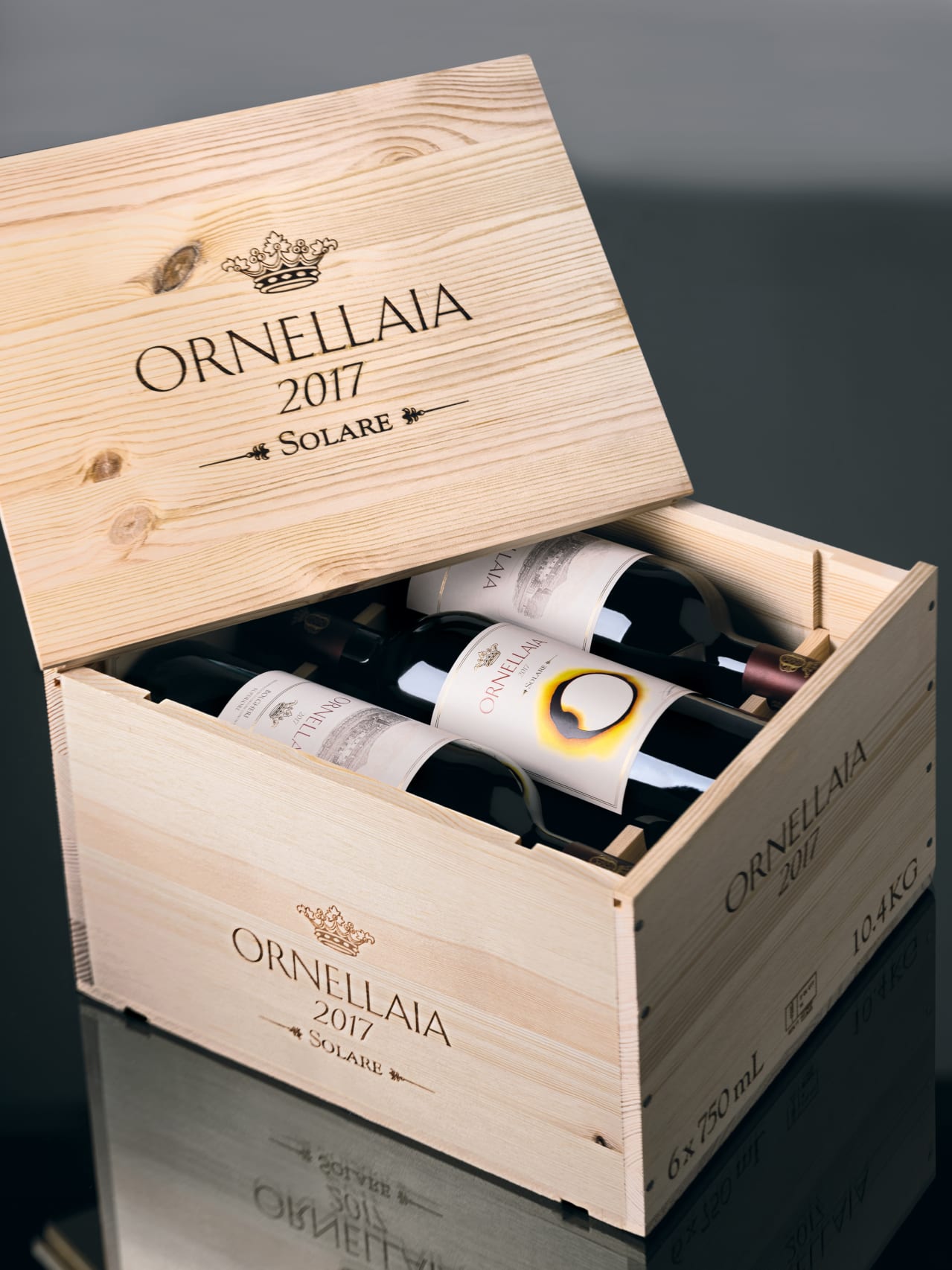