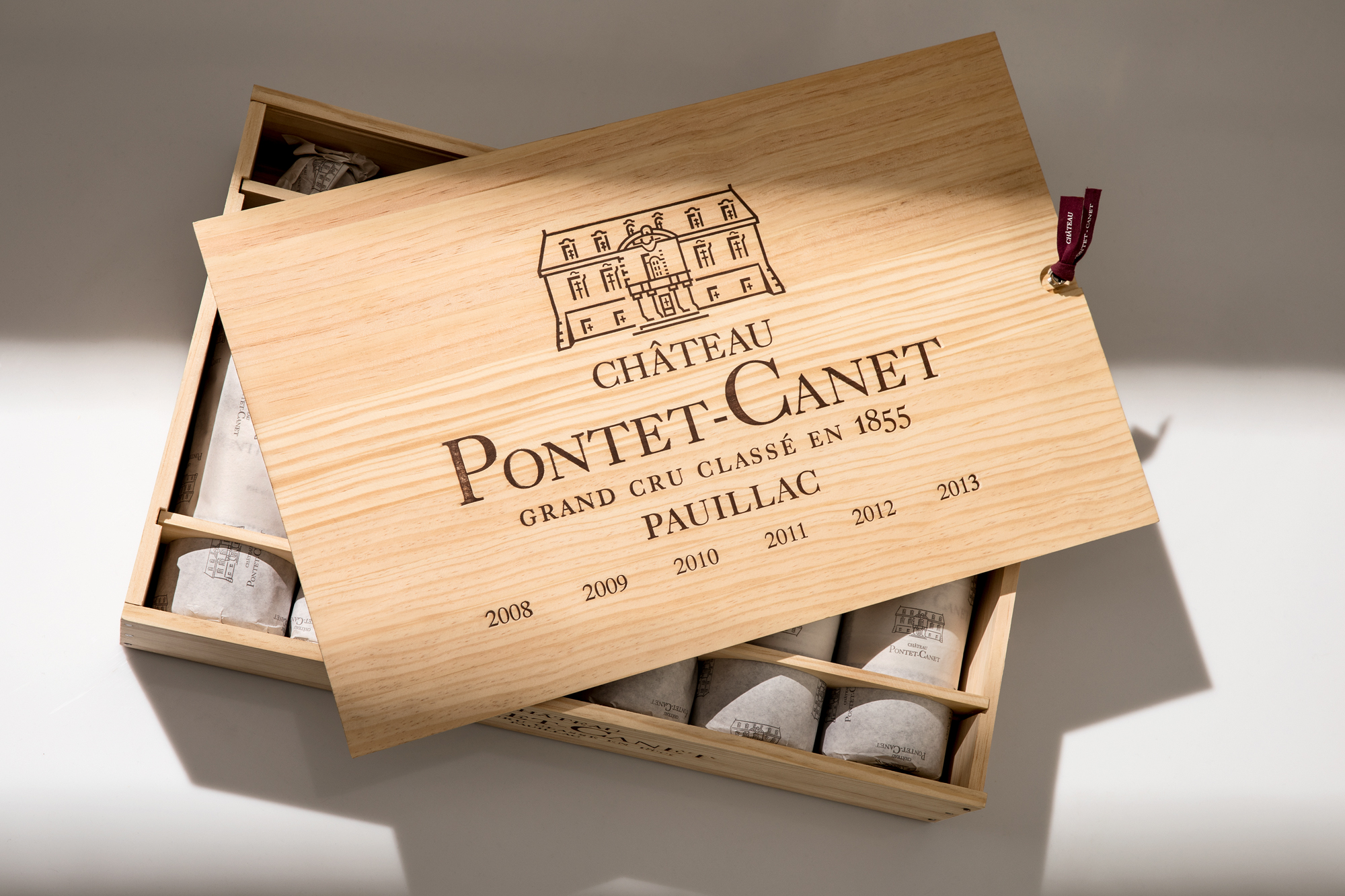 2008: A candidate for the “wine of the vintage,” Pontet Canet’s 2008 boasts an opaque purple color as well as copious aromas of sweet blueberries, blackberries and black currant fruit intertwined with lead pencil shavings, subtle barbecue smoke and a hint of forest floor. Full-bodied, with fabulous richness, texture and tremendous freshness, this first-growth-like effort is more developed than the uber-powerful 2010. Give it 5-8 years of cellaring and drink it over the following three decades. Bravo! - Robert Parker

2009: An amazing wine in every sense, this classic, full-bodied Pauillac is the quintessential Pontet Canet from proprietor Alfred Tesseron, who continues to reduce yields and farms his vineyards biodynamically – a rarity in Bordeaux. Black as a moonless night, the 2009 Pontet Canet offers up notes of incense, graphite, smoke, licorice, creme de cassis and blackberries. A wine of irrefutable purity, laser-like precision, colossal weight and richness, and sensational freshness, this is a tour de force in winemaking that is capable of lasting 50 or more years. The tannins are elevated, but they are sweet and beautifully integrated as are the acidity, wood and alcohol (which must be in excess of 14%). This vineyard, which is situated on the high plateau of Pauillac adjacent to Mouton Rothschild, appears to have done everything perfectly in 2009. This cuvee should shut down in the cellar and re-open in a decade or more. Anticipated maturity: 2025-2075. - Robert Parker

2010: An absolutely amazing wine, from grapes harvested between the end of September and October 17, this blend of 65% Cabernet Sauvignon, 30% Merlot and the rest Cabernet Franc and Petit Verdot has close to 15% natural alcohol. It comes from one of the few biodynamic vineyards in Bordeaux, but you are likely to see many more, given the success that Tesseron seems to be having at all levels, both in his vineyards and in his fermentation/winemaking. An astounding, compelling wine with the classic Pauillac nose more often associated with its cross-street neighbor, Mouton-Rothschild, creme de cassis, there are also some violets and other assorted floral notes. The wine has off-the-charts massiveness and intensity but never comes across as heavy, overbearing or astringent. The freshness, laser-like precision, and full-bodied, massive richness and extract are simply remarkable to behold and experience. It is very easy, to become jaded tasting such great wines from a great vintage, but it is really a privilege to taste something as amazing as this. Unfortunately, it needs a good decade of cellaring, and that’s assuming it doesn’t close down over the next few years. This is a 50- to 75-year wine from one of the half-dozen or so most compulsive and obsessive proprietors in all of Bordeaux. Is there anything that proprietor Alfred Tesseron is not doing right? Talk about an estate that is on top of its game! Pontet-Canet’s 2010 is a more structured, tannic and restrained version of their most recent perfect wine, the 2009. Kudos to Pontet-Canet!  - Robert Parker

2011: A wine with lots of ripe berries, verging on dried fruits. Full and chewy with ripe, round, chewy tannins. It needs lots of bottle age. A wine of steel. From biodynamically grown grapes, as always. Better than from barrel. Try in 2018. - James Suckling

2012: A wine that makes you want to drink it already. It's stylish with berries, currants, cedar and stone aromas and flavors. Full body, with very integrated tannins and a long, long finish. A small percentage of the wine is now aged in cement vats instead of oak barrels. This touches all the senses. A beauty. Made from biodynamic grapes. - James Suckling

2013: This wine is rich, with generous black plum and berry fruits. It has a structure that is full, ripe and that will sustain the fruitiness of the wine over many years. The sensation is of velvet, with some force behind it. This remarkable wine will develop well over the medium term and then age for many years. Drink from 2022. - Wine Enthusiast