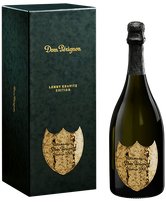 In 2019 Dom Pérignon Creative Director Lenny Kravitz applies his talent as a designer to the brand by creating a limited edition bottle.  Lenny Kravitz elevates the iconic label on the Vintage 2008 bottle by borrowing from the craft of goldsmiths to work hammered metal on the surface of the shield. 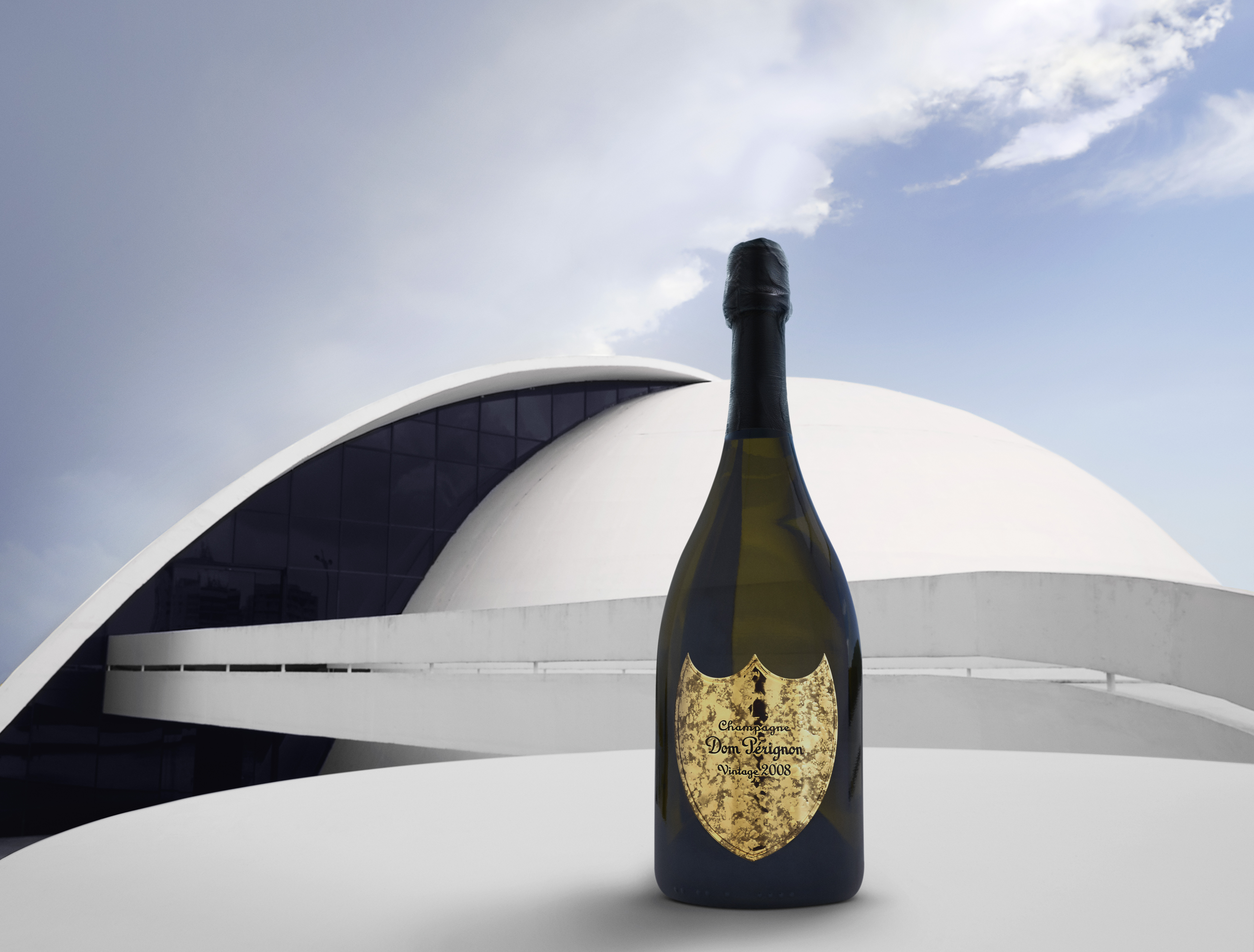 The 2008 Dom Pérignon is simply extraordinary. A wine of myriad dimensions, the 2008 explodes in all directions from the very first taste. Deep, powerful and yet wonderfully translucent, the 2008 boasts remarkable purity throughout. Crushed rocks, citrus, chalk and fresh spring water are some of the signatures. The 2008 is a stunning Champagne by any measure. The 2008 won’t be released until at least 2019, but it is already shaping up to be epic. It’s not too early to start setting aside the cash for this utterly magnificent, riveting Champagne. - Antonio Galloni, Vinous Media

The best Dom since 2002. A vintage with very restrained, powerful style that has been released non-sequentially after the 2009. This has a lighter stamp of highly curated, autolytic, toasty aromas than many recent releases. Instead, this delivers super fresh and intense aromas of lemons, grapefruit and blood-orange peel. Incredible freshness here. The palate has a very smoothly delivered, berry-pastry thread with light, sweet spices, stone fruit and fine citrus fruit. This really delivers. Drink now or hold. - James Suckling

The 2008 Dom Pérignon is the first time the estate has released a wine out of order (the 2009 was released before the 2008) but the estate loved the wine so much they felt it warranted additional aging. This is a rich, powerful wine that still shows incredible purity and elegance, with a stacked, concentrated feel on the palate. It’s rare to find such a mix of ripe, pure, concentrated fruit paired with this level of purity, focus, and precision. This is a legendary Dom that surpasses all the great vintages of Dom I have experience with, including the 1990, 1996, and 2002. - Jeb Dunnuck

The finest release of this iconic cuvée since the 1996 vintage, the 2008 Dom Pérignon wafts from the glass with an incipiently complex bouquet of Meyer lemon, green apple, dried white flowers and oyster shell, with only subtle hints of the smoky, autolytic aromas that have been such a prominent signature of recent releases. On the palate, the wine is medium to full-bodied, deep and complete, its notable flesh and amplitude controlled by incisive acids, with a youthfully exuberant but elegant mousse and a long, beautifully delineated finish. Considering the sheer size of this cuvée, it's a remarkable achievement and a fitting release with which to conclude Richard Geoffroy's tenure as chef de cave. Given the 2008's intensity and balance, I suspect purists will be anticipating later disgorgements with lower dosage and more time on the lees with particular enthusiasm. Tasted three times, with consistent results. - William Kelley, Wine Advocate

There's power to this graceful Champagne, with the vivid acidity swathed in a fine, creamy mousse and flavors of toasted brioche, kumquat, pastry cream, candied ginger and poached plum that dance across the palate. An underpinning of smoky mineral gains momentum on the lasting finish. Drink now through 2033. - Alison Napjus, Wine Spectator

Departing chef de caves Richard Geoffroy says that 2008 is his best DP vintage since 1990. The first half of the growing season was dull and sunless, but good weather returned in mid-September and led to one of the longest harvests, running into October. The summer provided ideal conditions for a classic, cool, maritime vintage of exceptional, subtle aromas with minerality and freshness. This has a vibrant but controlled acidity, and is above all a memorable symbiosis of mature fruit and salinity derived from top terroirs. The poised mouthfeel makes this a perfect gastronomic wine, strong enough for spicy Asian cuisine from the Pacific rim, but still compatible with classics such as roast turbot and lobster. Drinking Window 2021 - 2040 - Michael Edwards, Decanter

This keenly-anticipated wine has deliberately been held back to be released after the Dom Pérignon 2009 and in fact will not be released commercially until towards the end of 2018 (although it already seems pretty good to me). Geoffroy reminded me that the growing season was no picnic - in fact he described all but the end of it as 'miserable' because it was so overcast and the disease pressure was so high. Fine weather at the end finally ripened the grapes though acid levels were notably high. I wondered whether, since the grapes were harvested just as the global financial crisis was beginning to bite, they reduced the quantity made of Dom P, but no. 'We made lots!', he assured me.

Brisk, tiny mousse. Notably rich nose - very Dom P! There's a hint of something marine on the nose (Michael Broadbent's oyster shells?) and then extremely tight and lacy - it somehow reminded me of a sponge because of springy texture. Masses of energy here, as well as the usual flirtatiousness. It will continue to open out, I'm sure. I tasted it very cool and then went back to it at almost room temperature a couple of hours later and it stood up extremely well. The official Geoffroy description of this vintage is 'athletic' and 'vertical'. 'All 2008s are bright in terms of fruit; we want ours to shine white light. We have deliberately warmed it up a bit, working on the muscle to better integrate the acidity.’ -

This is a limited edition launched in late 2018 to celebrate the retirement of Richard Geoffroy. The ‘regular’ 2008 will be released early in 2019 and is exactly the same cuvée disgorged a little bit later.

So much more austere than the 2009, and really, really dense! The acidity is so much more obvious and there’s so much packed in there. Jancis Robinson