Ornellaia is celebrating the 30th anniversary (1985-2015) of its first vintage, and the 10th anniversary of Vendemmia d’Artista. The South African artist William Kentridge has been chosen to interpret the character “Il Carisma” (Charisma) of the Ornellaia 2015 vintage. For the tenth edition of the project Vendemmia d’Artista he has created a work of art for the estate, customized a limited series of bottles in large format, and designed a label that, expressing the vintage character, will be inserted in each Ornellaia case containing 6 bottles of 750ml. In addition the same label will be replicated on all Magnums and on their wooden cases lids.

The 2015 Ornellaia is a dream wine with magnificent balance. All the elements are in the right place. In most vintages, Ornellaia needs time to fully come together, but the 2015 is just impeccable, even in the early going. The warm vintage notwithstanding, winemaker Axel Heinz crafted and Ornellaia is more about finesse and power. The potent, bruising tannins Ornellaia can show as a young wine are nowhere to be found. Bright raspberry jam, mint, white flowers and pomegranate are some of the many notes that punctuate the finish in a memorable Ornellaia that will go down among the great vintages produced at this reference-point estate. - Antonio Galloni, Vinous Media

The blackberry and blueberry aromas with fresh sage and bay-leaf character are impressive. Stone, graphite and mineral undertones. Full body and silky and refined tannins. Dusty. Elegance and polish. Shows greatness in strength and refinement. A dialed-in, dialed-back Ornellaia. Drink in 2022. - James Suckling

The 2015 Ornellaia isn’t far off the 2016 yet shows a much more sexy, sunny, flamboyant style. Terrific notes of sweet black cherries, Asian spices, graphite, wood smoke, mint, and dried tobacco all soar from the glass, and it's complex and nuanced yet still packs serious oomph and intensity. Full-bodied, concentrated, and with a terrific mid-palate, it has beautifully polished tannins, no hard edges, and a great finish. It's already accessible, and I suspect it will continue drinking beautifully for two decades or more. This cuvee saw the same 20 months in 70% new oak and is a blend of 53% Cabernet Sauvignon, 23% Merlot, 17% Cabernet Franc, and 7% Petit Verdot. - Jeb Dunnuck

2015 is a celebrated vintage due to its powerful character. Considerable warmth produced extremely thick-skinned grapes, and the harvest for Ornellaia started in the middle of September with Merlot from Ginestraio, continuing on to the first week of October for Cabernet Sauvignon and Cabernet Franc from Bellaria: such is the skeleton of this wine. It's showing generous cassis fruit with meat, leather and vanilla notes, alongside some dark cigar leaf and spice in depth. The palate is full and velvety with a chalky finish - a powerful Ornellaia to cellar, yet not without suppleness. - Decanter 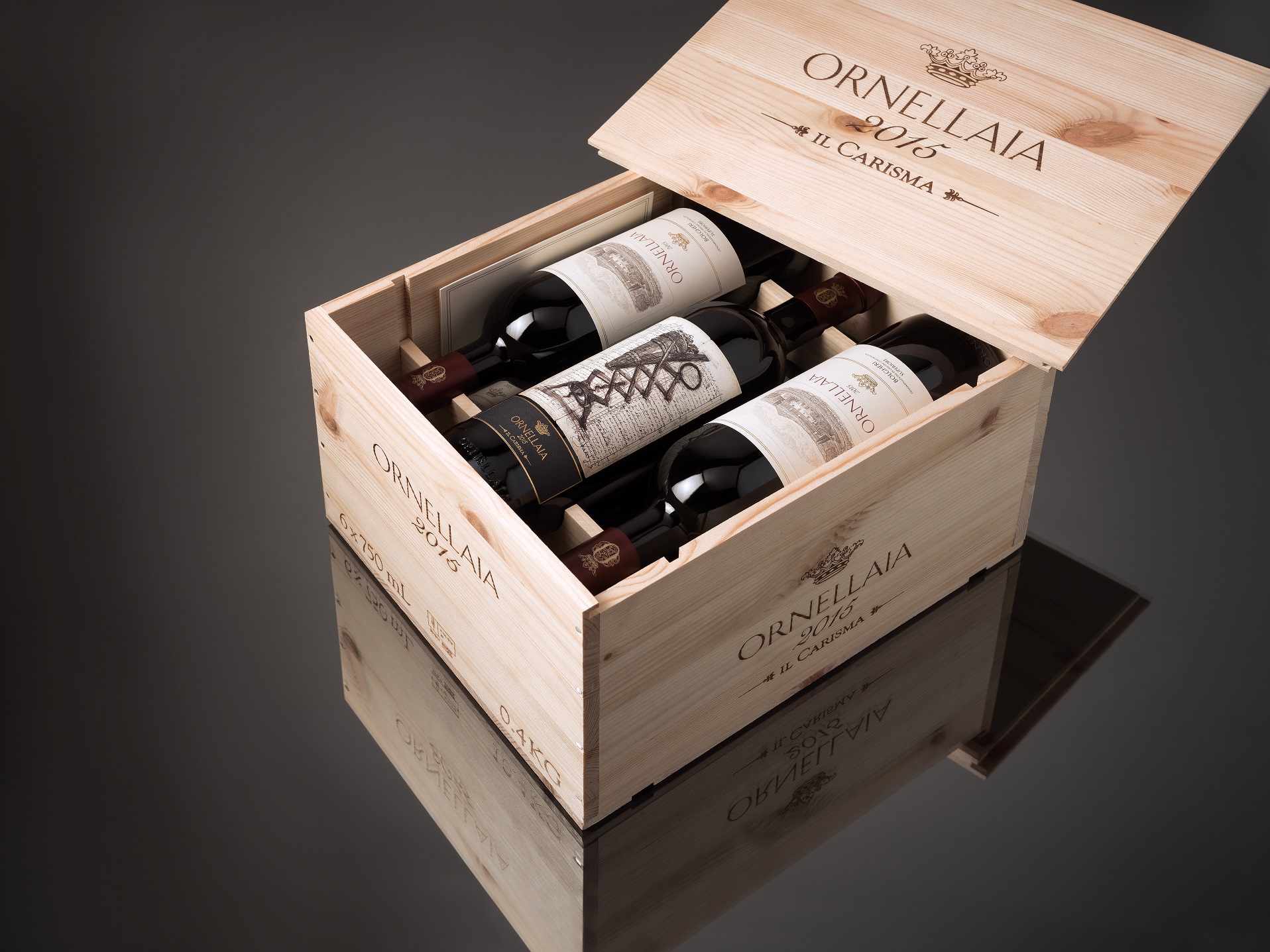