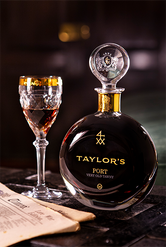 Presented in a bespoke crystal decanter with gold detailing and a luxurious presentation box, Taylor Fladgate Kingsman Edition Port was created not only for Kingsman devotees but also for connoisseurs and collectors of fine and rare wines around the world. A very limited number of 700 bottles have been produced.

To create this exclusive limited edition, Taylor Fladgate agreed to release some rare and valuable wines from its extensive reserves of very old cask-aged Port laying in its cellars in Oporto. These reserves include a small treasury of priceless, historically important wines each representing a very small volume. A few rare gems from this collection, only used in exceptional circumstances, were carefully selected by Taylor Fladgate’s expert blenders to produce the Kingsman Edition Port.

The individual wines were then meticulously assembled, using Taylor Fladgate’s heritage of experience in the art of blending, and then left to marry together for several months in cask until the blend was judged to have reached its peak of balance and harmony.

“A true Kingsman will never forget to pass the Port to his left, but this Taylor-made Port will certainly test his resolve…” - Matthew Vaughn Producer, co-writer and director of the Kingsman film series.

The idea for a rare, Port wine Kingsman edition was born between Taylor Fladgate Port and director Matthew Vaughn; recognising the shared values between Taylor Fladgate and Kingsman: a sense of heritage and tradition, legacy, an obsession with detail and extraordinary product quality. Also, the very British traits of humour, wit, elegance and style.

The NV Very Old Tawny Port Kingsman Edition is a field blend bottled in 2020 with an average time in barrel of 90 years. It has 206 grams of residual sugar and a bar-top cork. As always, old Tawnies are simply a joy to just smell, but that's nowhere near the best part here. Unctuous in texture and very concentrated, this still manages to be rather elegant, with some brightness and lift to the fruit to go with the power on the finish. It does show its age a bit on opening, but it held perfectly for the relatively short time I had with it. The finish is more dark molasses than caramel, as befits a very old and aging Tawny. The key here, though, is the combination of brightness with the unctuous and almost creamy texture. The two make an enchanting combination that leads to a long, lively and tasty finish. This is pretty fine, and you would expect nothing less from a special presentation by Taylor's. The winery's website mentions a touch of British humor regarding this bottling (and its connection to the Kingsman film series), but there's nothing funny about this. It's pretty serious stuff. The end-date drinking window is just a suggestion, and usually an afterthought, as few bother to hold old Tawnies very long. It doesn't need aging and they tend to last a very long time, barring cork problems. This comes in a special presentation, as these rare Tawnies usually do. The package includes "a bespoke crystal decanter with gold detailing and a luxurious presentation box." There were just 700 bottles produced. - Mark Squires, Wine Advocate 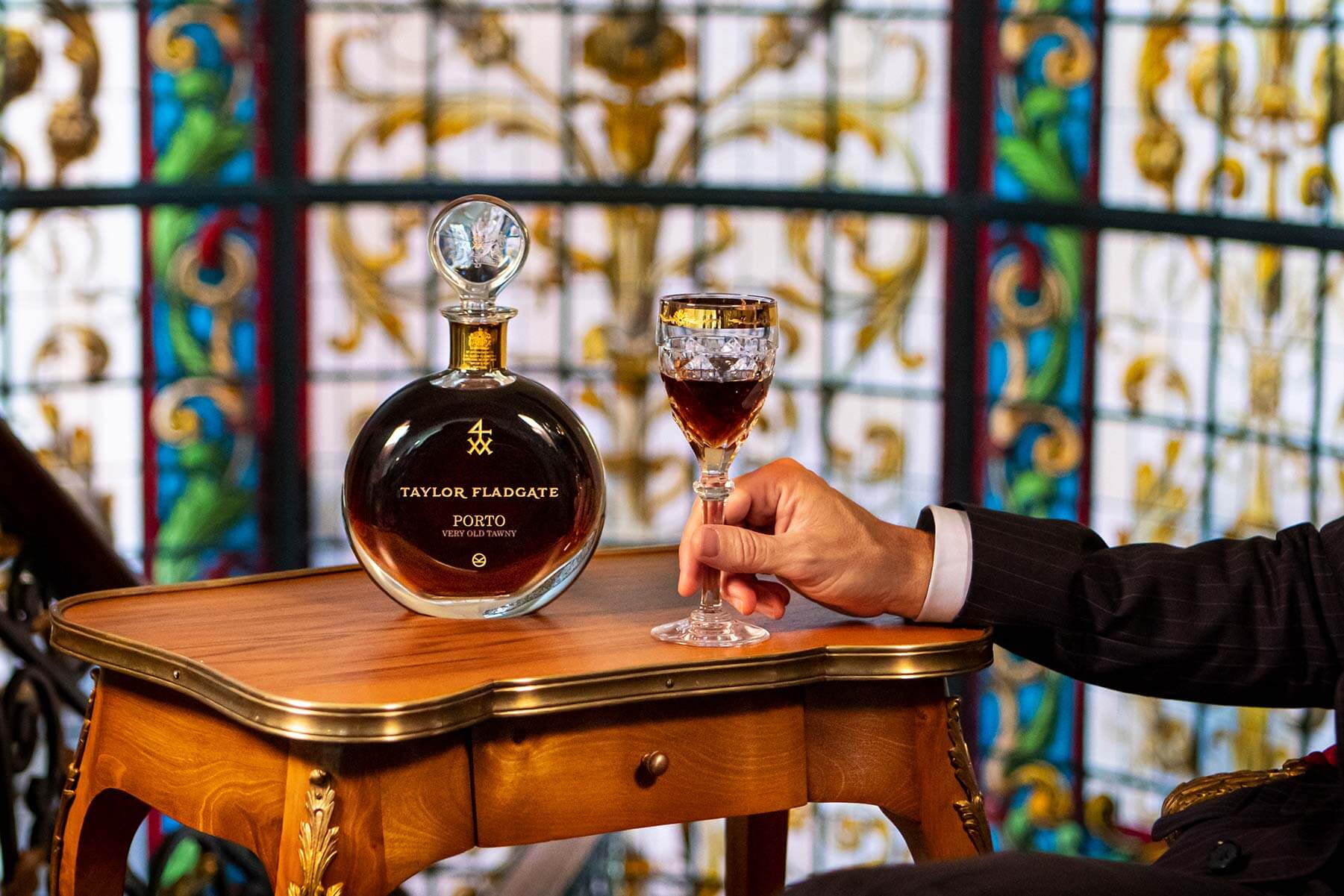